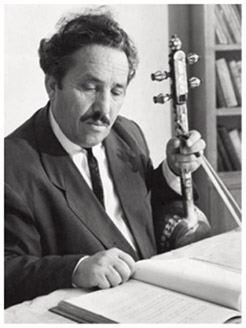 He wrote poetry, composed music, played on kamancha. His songs are distinguished by great thematic diversity and skill in the art of musical composition. The great master of lyrical folk songs, he sang of human life, the mother, the love, of the beauty of his native land.

In 1978, with the song Gusana Ashot "Tsovastgiks" Flora Martirosyan in Hamburg (Germany) wins International Competition and 15 consecutive years of this song in Armenia was considered a song of the year.